St Helens got their Betfred Super League campaign off to a blistering start with a 46-6 destruction of a Castleford team that looked a shadow of the one that dominated the 2017 season.

England centre Mark Percival scored a hat-trick of tries and Ben Barba justified his early-season favouritism for the Man of Steel award with a man-of-the-match performance.

Saints were also indebted to half-backs Jonny Lomax and youngster Danny Richardson, whose display vindicated coach Justin Holbrook’s decision to leave out former England international Matty Smith, as they ran the Tigers ragged to leave them still looking for a first away win over their opponents since 1992.

Saints never looked back after a Barba-inspired spell helped them open up a 10-0 lead inside six minutes.

Lomax put Percival through a gaping hole in the visitors’ defence and Barba finished off for the opening try before supporting a break by Jon Wilkin to combine with new skipper James Roby to get second rower Zeb Taia over.

One of the biggest cheers of the night was reserved for the introduction of Alex Walmsley midway through the first half.

The England prop, fresh from signing a new long-term contract, immediately made his mark after Castleford full-back Ben Roberts, deputising less than impressively for the suspended Zak Hardaker, fumbled the ball on his own 10-metre line.

Walmsley was held up on his back from one charge to the line before demonstrating his deceptive agility by knocking the ball back from Barba’s grubber kick for Lomax to touch down.

Castleford had the best defence in 2017 but they were exposed by a Lomax 40-20 kick which created the position for Barba to work Percival over for Saints’ fourth try.

The nearest the visitors came to scoring in the first half was when teenage stand-off Jake Trueman’s grubber kick ricocheted off an upright but Barba was on the spot to make the ball dead and it was a similar story after the break.

The Tigers showed more spark but without seriously threatening their opponents’ line and it was no surprise when St Helens extended their lead after 55 minutes, Percival showing his strength to force his way over for his second try.

Saints were temporarily reduced to 12 men three minutes later when prop Kyle Amor was sin-binned for using his knees in the tackle and Castleford took advantage to break their duck, with debutant prop James Green offloading from the tackle to get hooker Paul McShane over for a consolation try.

Luke Gale, wearing a head guard to protect his hair transplant, added the goal but Saints had the final say through that man Barba, who won possession deep inside the visitors’ half by throwing winger Greg Eden into touch on the first tackle and in the next set went over for his second try.

As the visitors fell away badly, Taia took advantage of some weak defence to score his second try before Barba broke away to get Percival over for hat-trick, with Richardson kicking his seventh goal from eight attempts. 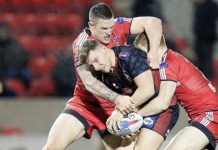 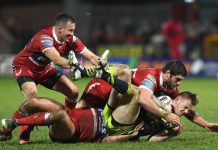 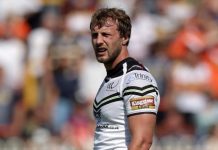 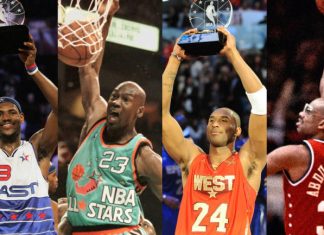