Lewis Hamilton’s first competitive action since winning the world championship lasted less than two minutes as he crashed out of qualifying for the Brazilian Grand Prix.

Hamilton, who clinched his fourth Formula One title at the last race in Mexico, lost control of his Mercedes at 160mph through turn six of the Interlagos circuit before thudding into the tyre barrier.

The 32-year-old Englishman remained in his cockpit for some moments before informing his team that he was not injured in the high-speed smash.

Hamilton’s car sustained significant damage in the incident, and he will now start Sunday’s race, the penultimate of the season, from the back of the field.

His crash, which followed a very slight sprinkling of rain, marked the first time he has failed to progress from Q1 – the opening phase of qualifying – since last year’s Belgian Grand Prix, a streak of 27 races.

Bottas edged out Vettel by just four hundredths of a second to land his first pole since July’s Austrian Grand Prix. Hamilton was on hand to congratulate his Mercedes team-mate.

Kimi Raikkonen will line up in third on the grid ahead of Red Bull’s Max Verstappen. Daniel Ricciardo qualified fifth, but he will be demoted to the back of the grid following a series of engine penalties. 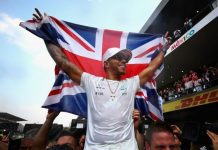 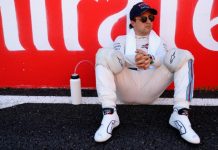 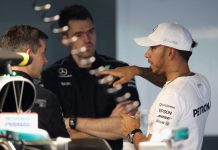 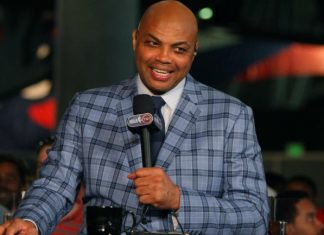