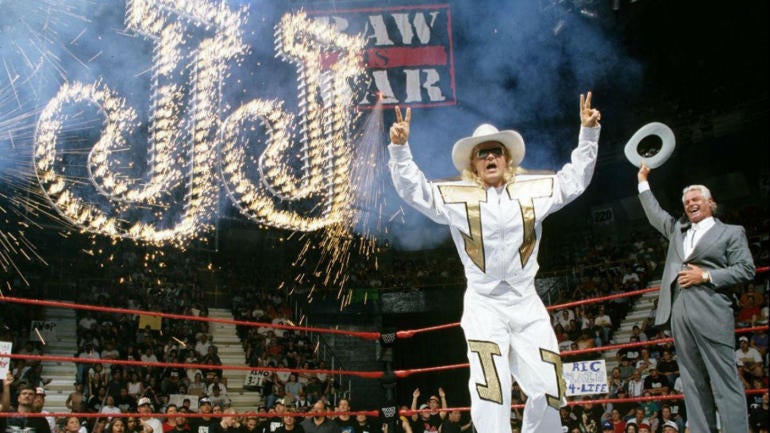 We’re just six days away from the Raw-exclusive WWE Elimination Chamber pay-per-view as we continue on the Road to WrestleMania. During WWE’s most eventful time of the year, there is no shortage of stories to discuss, and we here at CBS are here to bring you some of the biggest news and rumors making the rounds daily. Let’s have a look at some of the notable headlines for Monday, Feb. 19, beginning with a fairly stunning 2018 Hall of Fame announcement.

Last week, whispers began to make the rounds that Jeff Jarrett would be inducted into the WWE Hall of Fame this April. To many, it was blown off as merely a rumor, as inducting the IMPACT Wrestling founder this soon seemed a bit absurd given his shaky relationship with Vince McMahon. Well, it turned out to be not as unlikely as most believed. Monday morning, WWE confirmed an NBC Sports report that Jarrett is the fourth member of the WWE Hall of Fame class, joining Goldberg, the Dudley Boyz and Ivory.

While the addition of Jarrett to the 2018 class will be a hot topic of debate, the Tennessee native has had a storied career as both a performer and promoter. He was a six-time WWE Intercontinental champion, held the now-defunct European championship one time and had a reign with the tag team championship with the late Owen Hart. During two stints in WCW (1996-97, 2000-01), Jarrett earned four reigns with the company’s world heavyweight championship and three with the United States title. After being publicly fired by McMahon on Raw following WWE’s acquisition of WCW in 2001, Jarrett and his father, Jerry, would go on to found TNA Wrestling, now known as IMPACT. The younger Jarrett learned the craft of promoting from his father who ran the Continental Wrestling Association in Tennessee which later transformed into the United States Wrestling Association following a merger with World Class Championship Wrestling out of Dallas.

Just one quick browse through the internet will show Jarrett is a controversial addition to the 2018 WWE Hall of Fame class, but nonetheless, congratulations are in order for “Double J.”