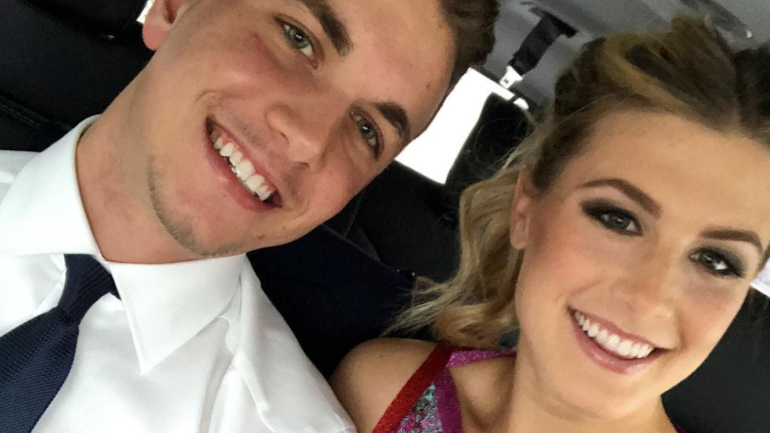 During last year’s Super Bowl, Patriots fan John Goehrke threw up a prayer on Twitter and wagered a date with Canadian tennis star Eugenie Bouchard if the Patriots could came back from a 25-point deficit against the Falcons. It was a shot in the dark, one that Goehrke likely didn’t think would hit the mark.

However, not only did the Patriots complete the comeback, leading to Bouchard going on the date, but the two still have a relationship and continue to hang out together. As such, NFL Canada — which is actually a thing — invited them to this year’s Super Bowl to celebrate the one-year anniversary of their bet.

They accepted that invite and made the trip to Minnesota for the latest installment in a very curious and very unlikely relationship.

Prior to the game on Sunday, the two hosted a little Twitter Q&A for fans who wanted to inquire about their story. As expected, one of the most popular questions was whether or not they were actually dating. From a distance, their relationship definitely seems to be a legitimate one and not just a social media ruse, but there still remains a bit of mystery surrounding the romance aspect of that relationship.

Stop toying with us, dammit! We demand answers!

Even though that wasn’t super helpful, they did provide legitimate answers for some other questions…so that’s something, I guess.

It looks like they’re having a good time together, which is all well and good, but you can’t hold a Twitter Q&A and refuse to answer the one question we’re all searching for. That’s just cruel.