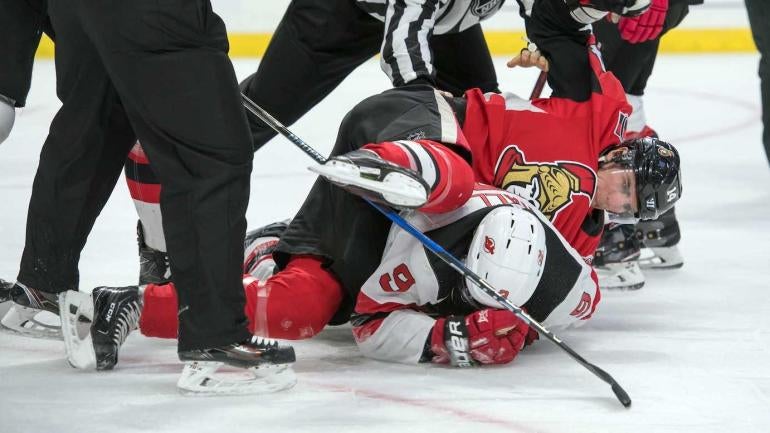 Ottawa Senators forward Alex Burrows has been suspended 10 games by the NHL’s Department of Player Safety.

The ban was announced Wednesday, one day after Burrows wrestled Devils forward Taylor Hall to the ground and kneed him in the head multiple times in response to a clean hit from Hall. Burrows was penalized on the ice for cross-checking and roughing, but it was reported shortly after the game that he would face a hearing for supplemental discipline.

Ultimately, the league ruled that Burrows was acting in a retaliatory manner and served as the aggressor in the altercation. They did not accept the 36-year-old’s argument that he was trying to free himself from a compromising position on the ice, nor would they allow that explanation to excuse the repeated blows to Hall’s head. It was a dirty and dangerous play, and that’s why Burrows is on the receiving end of a lengthy suspension.

While it’s only Burrows’ second career suspension — he received a three-game ban back in 2014 — he has a reputation for being a pest with dirty tactics and he been fined five separate times.