Ireland centre Robbie Henshaw will miss the rest of the Six Nations with the shoulder injury he suffered in Saturday’s 56-19 win over Italy.

The British and Irish Lions centre’s loss is a significant blow to Ireland, who are bidding for a third title in five years.

The 24-year-old underwent a “procedure” on his right shoulder on Monday, the Irish Rugby Football Union (IRFU) confirmed.

Ireland remain hopeful, however, that prop Tadhg Furlong can shake off a hamstring issue and number eight Jack Conan a shoulder complaint in time for the Dublin clash with Wales on February 24.

“Robbie Henshaw, who suffered a shoulder injury, has undergone a procedure this morning on the injured shoulder and has been ruled out of the remainder of the Championship,” read the IRFU statement.

“Tadhg Furlong, underwent a scan that revealed a minor hamstring injury but is expected to be fit for the Wales game.

“Jack Conan took a bang on his shoulder but is expected to be available for selection for Round 3.

“A reduced Ireland squad will assemble for a mini-camp in Athlone on Tuesday as a number of players return to the provinces.

“The 48-hour camp culminates with a sold out open training session at Buccaneers RFC.”

Henshaw suffered his suspected dislocated shoulder in the act of scoring his second try as Ireland overwhelmed Italy at the Aviva Stadium on Saturday.

The midfielder received oxygen on the field and departed with his right arm in a sling.

Now head coach Joe Schmidt will hope that Leinster centre Garry Ringrose will be back from ankle trouble in time to slot into midfield to replace Henshaw for the visit of Warren Gatland’s Wales.

Munster’s Chris Farrell would prove another option to partner Bundee Aki in the centres, with the Connacht battering ram admitting after the Italy clash that being without Henshaw for the rest of the campaign would prove a “big loss”.

Ireland remain on track for a final-weekend title showdown with England at Twickenham on March 17, with both sides having won their opening two fixtures in the 2018 tournament. 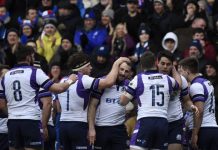 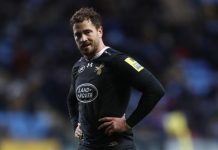 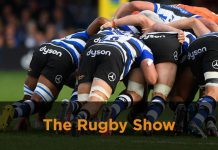