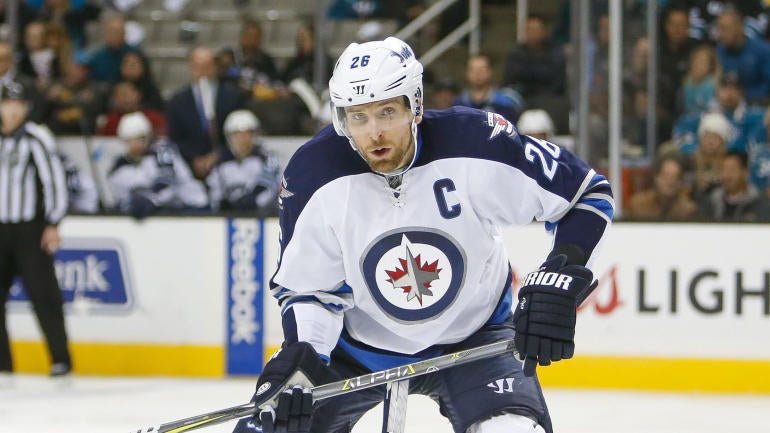 Before you enter a daily fantasy hockey tournament for NHL action on Sunday, February 18, you need to hear what professional DFS player Mike McClure has to say. McClure has more than $1 million in career DFS winnings and is off to a red-hot start this season, already cashing multiple tournament and cash game rosters.

He has been able to do all that thanks to some spot-on picks.

On Saturday, McClure locked in Lightning center Brayden Point at $5,800 on FanDuel. The result: He extended his points streak to four games with a goal — returning a solid 22.6 points on FanDuel.

Anybody who had him in their lineup was well on their way to a winning NHL DFS night.

Now McClure has exhaustively studied matchups, injuries, and projected lineups for Sunday and locked in his optimal NHL DFS lineups. He’s sharing them over at SportsLine.

For Sunday, McClure is all over Winnipeg Jets defenseman Dustin Byfuglien as a value pick at $5,400 on both FanDuel and DraftKings.

Byfuglien has over 20 points on FanDuel in his last two outings and has a favorable matchup on Sunday against a Florida team that allows over 34 shots per game.

Lock him in and you’ll have plenty of salary cap room to stack him with teammate Blake Wheeler, who is $7,400 on FanDuel and $7,100 on DraftKings.

Wheeler is averaging 32.7 points on FanDuel in his last two games and is coming off a strong performance that saw him score two goals against the Colorado Avalanche.

He’s in position to put up those types of numbers again on Sunday against Florida’s porous defense, which gives up 3.24 goals per game. Wheeler is one of the top overall plays on Sunday’s NHL slate, so lock him in and watch the DFS points rain down.

McClure is also targeting a player who has multiple-point potential because of a dream matchup. He has upside of 30 or more points on FanDuel and double-digits on DraftKings. Picks like these could be the difference between winning your cash games and tournaments or going home with nothing.

So who is DFS pro Mike McClure putting in his optimal NHL DFS lineup for Sunday and which value picks will allow you enough salary cap room to load your roster up with stars? Visit SportsLine now to see the full NHL tournament lineup for Sunday from a professional DFS player who has over $1 million in career winnings.