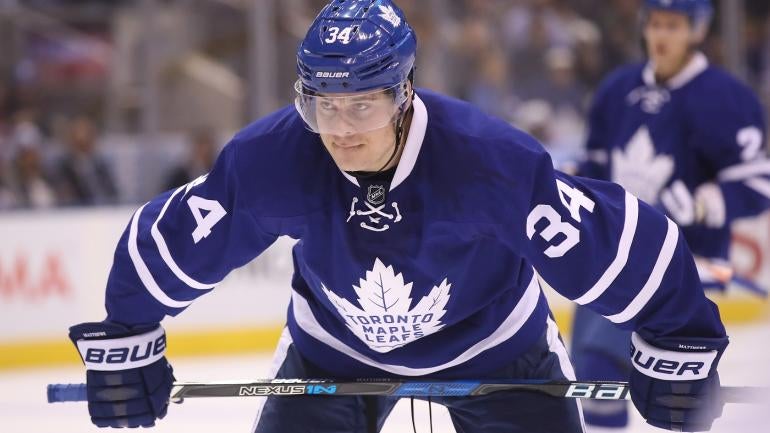 The hockey world turns its attention tonight to Air Canada Centre, where the surging Maple Leafs host Eastern Conference-leading Tampa Bay. The puck drops for this blockbuster at 7 p.m. ET. Sports books opened the game as a pick-’em, but the line has moved toward Toronto and now you would have to risk $120 to win $100 on the Leafs.

The over-under, or total number of goals Vegas thinks will be scored, stands unchanged at six.

Before you bet this must-see matchup, you have to hear what SportsLine expert David Kelly says. He’s riding unheard-of NHL streaks of 15-0 and 23-3 — that’s right, he has nailed his past 15 picks and 23 of 26.

Anyone who has been following him has a much fatter wallet. Now, he has released a play for Monday that you can only see at SportsLine.

Kelly — a Toronto-born hockey analyst with multiple advanced degrees — knows the Lightning handled the Leafs 2-0 a little over a month ago on this same ice. In fact, Tampa has won the past two meetings by a combined 6-1 score.

The Lightning (38-14-1-2) sit atop the NHL’s power rankings in large part due to goalie Andrei Vasilevskiy’s 2.29 goals-against average and .929 save percentage.

But no team has been hotter than the Leafs. They’ve won seven of eight and boast their own amazing netminder in Frederik Andersen. In fact, Kelly calls Andersen his current league MVP.

Despite the nonstop action this game promises, with scorers like Toronto’s Auston Matthews and William Nylander and Tampa Bay’s Steven Stamkos and Nikita Kucherov, Kelly is going under six goals due to the terrific goalies.

But his stronger pick is on the side. And he’s only sharing it over at SportsLine.

So what side should you back on Monday? Visit SportsLine to see the strong pick for Lightning vs. Maple Leafs, all from a white-hot NHL expert who’s nailed his last 15 picks.