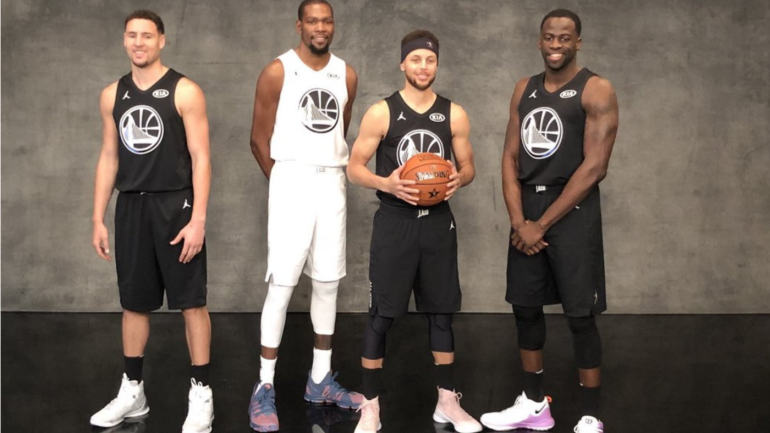 NBA All-Star Weekend is a fun time loaded with all sorts of events within events. One of those events is photo day. It’s like picture day, but instead of being in the middle of an awkward growth spurt and wearing polos, the subjects are 7 feet tall in singlets. Klay Thompson found a way to make an event that’s already silly and make it his own in a uniquely … Klay way.

He looks like a cardboard cutout. Not only is he standing away from his teammates, he’s actually leaning in the opposite direction. If this were anyone else, the memes would be about how Thompson is leaving the Warriors. But with Thompson, it’s just about how odd he appears in his pose.

Just imagine Klay’s internal monologue. “How do I normally stand? OK. Arms at my side. Straight up? No. Slightly leaning away from the people I’m taking the picture with. Where did Steph get a basketball? Oh man, just smile.”

He looks like Cliff Paul. DeMarcus Cousins got the memo. With Wall, they just tossed him a singlet and told him to go stand behind Goran Dragic. Having sleeves is fine, as the Pelicans would apparently attest. But Wall looks like the player-coach here, not LeBron (who incidentally also looks funny dead center in this photo.

So remember kids: Picture day is as awkward for professional athletes as it is for you. They just don’t have braces.