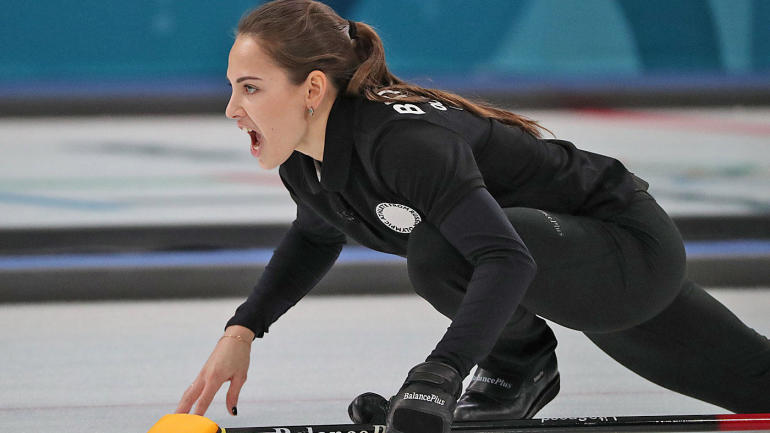 You may have heard it talked about, you may even have seen it played on TV, but you still have one big question: What is curling?

Luckily for you, we have the answers. Curling is a simple concept, at its core. It’s like shuffleboard, but bigger, and on ice. Players slide large stones made of smooth granite across a sheet of ice to a target that is comprised of four circles, called the “house.” Both teams get eight stones. There’s a person throwing the stone and teammates who sweep. The sweepers decrease the resistance that the stone will meet, allowing it to travel further. They also decrease the “curl” of the stone.

Of course, the objective is to have the highest score at the end of the game. Points are accumulated by putting stones in the house. The closer the stones are to the center, the more points are gained. The rotation is determined by the curler, and the sweepers determine the path. The real challenge is due to the quantity of stones on the ice at any given time, adding a new layer of strategy to the game.

What goes into a game

Lead: The lead is the person that is sliding the stone itself for the first two tosses, before sweeping for the next six. Their job is to put their team in a strong position early. Sweeping is their primary job, but they’re also stage setters for the rest of the game.

Second: Seconds throw the third and fourth stones, and are needed to take out the leads setups (guards). They will be sweeping for the last four stones, which means chemistry with the lead is vital.

Third: The third, naturally, throws the fifth and sixth stones. They’re the ones turning points in the games. The third is also responsible for taking over skip duties for the final two shots of the game.

Skip: The skip is like the overseer of the shots. A “shot-caller” of sorts. While the curler can make a snap judgement when they let go of the stone, skips are more or less in charge of the preparation. They determine the “weight” (strength of the toss), “curl” (rotation of the stone) and “line” which is the direction of the slide itself. Skips are also responsible for the final two shots.

In basic terms, there are curlers, sweepers and the skip. Each must work in harmony over the course of the game in order to make sure that the weight, curl and line of every shot are in sync. Furthermore, everyone on the team has to be effective in different ways.

Here are some of the terms that you’ll hear on curling broadcasts.

Burning a rock: A violation that occurs when a sweeper touches a traveling stone.

Button: “The bullseye” of the house.

Delivery: The act of tossing the stone.

End: How a game is segmented. There are are 10 ends in international play (80 stones per team).

Hammer: The final rock of an end (thrown by the skip).

CCW: Abbreviation often used for counter-clockwise referring to the turn.

Cleaning the ice: A more tempered sweep. Decreases friction but not as substantially as sweeping.

Come-around: A shot that curls around another rock.

Guard: A type of shot that blocks another stone, thus making it more difficult to take off in upcoming plays.

Takeout: A rock that takes another rock out of play.

There will be other more advanced terminology, of course, throughout matches. A lot of it becomes clear in context (e.g. a “raise,” which is a shot that moves another rock forward, raising its position.

The scoring of curling is relatively straightforward. The Olympics usually use a “baseball style” scoreboard, which shows both teams’ scoring throughout the match. It’s more of a “layman’s” style scoreboard. Of the eight stones, the only ones considered for the score are the ones that are in the house.

Here are the highlights from Sochi’s 2014 Gold Medal Game, where a lot of these terms will be applied.

Who are the teams to beat this year?

As always, it’s Canada on the men’s side. Canadian curling is absolutely dominant in Winter Games, having finished with gold in the last three games and silver in the two before. Even Norway, who are historically competitive in every Winter Olympic sport, haven’t been able to keep up with Canada. Sweden is expected to compete this year, and Team USA is relatively strong as well.

On the women’s side, Canada is again favored. They’re defending champions from Sochi, and went 9-0 there. Sweden and Switzerland are right there with them, but it’s an uphill battle. All in all, Canada is the team, and they are beyond tough to beat in this sport.

When is it on?

Play will continue until the respective finals on Feb. 24. It will be a long round-robin before they start playing quarterfinal and semifinal matches.

Click here for the full TV schedule for the Winter Olympics.