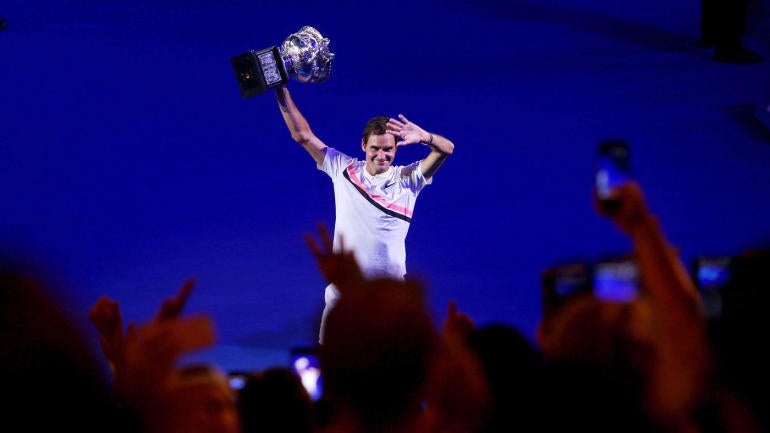 If you thought Roger Federer’s 20th Grand Slam win was tremendous, you should check out his acceptance speech.

Winner of three of the last five major tennis championships, the 36-year-old outdid No. 6 Marin Cilic to become the oldest man to win the Australian Open since Ken Rosewall pulled it off in 1972. And he thanked just about everyone, including Cilic and the thousands who have supported him over the years, in a heartfelt acceptance speech following the victory.

Holding back tears later in his speech, the 20-time champ said “this is tough,” admitting that his success “wouldn’t be the same without you guys.”