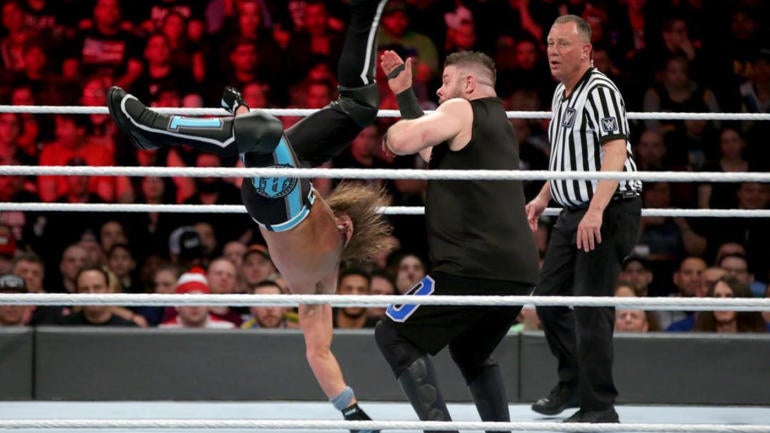 The Road to WrestleMania 34 is ongoing, and SmackDown Live will get its last opportunity to make some major changes at the Fastlane pay-per-view set for Sunday, March 11 in Columbus, Ohio.

CBS Sports will be covering the big show live, but for now, let’s take a look at how WWE next SmackDown PPV is shaping up in terms of matches and rumors. Don’t worry, no spoilers here per se, just predictions as to how everything is going to shake out when all is said and done.

WWE Championship — AJ Styles (c) vs. Kevin Owens vs. Sami Zayn vs. Baron Corbin vs. Dolph Ziggler: What was originally booked to be a triple threat match has now become a Fatal 5-Way as Corbin and Ziggler earned their ways into the match with wins over Owens and Zayn, respectively. Booking-wise, this makes very little sense and just continues a rough patch for SmackDown as it limps its way towards WrestleMania 34.

The following matches are all projections based on current storylines.

Tag Team Championship — The Usos (c) vs. Chad Gable & Shelton Benjamin: It would be silly to put New Day back against The Usos, and it seems like WWE is saving the Usos-Bludgeon Brothers feud for WrestleMania.

United States Championship — Bobby Roode (c) vs. Randy Orton vs. Jinder Mahal: Why Mahal would be getting yet another opportunity at this title is mind-boggling, but it looks like he’s inserted himself in a quickly-built Roode-Orton feud stemming from an RKO outta nowhere.

Women’s Championship — Charlotte Flair (c) vs. Ruby Riott: Flair has already taken out the other two members of the Riott Squad, which leads me to think Riott will get a win over her on an upcoming SmackDown, setting up this match. Is this all a holdover until Asuka challenges Flair at WrestleMania 34? If not, who exactly is she going to fight at the big show with Ronda Rousey signed to Raw?

The New Day vs. Chad Gable & Shelton Benjamin: It certainly looks like this feud is shaping up, but with so much time until the pay-per-view, one would think it could end before Fastlane even begins.

Becky Lynch & Naomi vs. Liv Morgan & Sarah Logan: If another match is needed, this could certainly find a spot on the kickoff show.