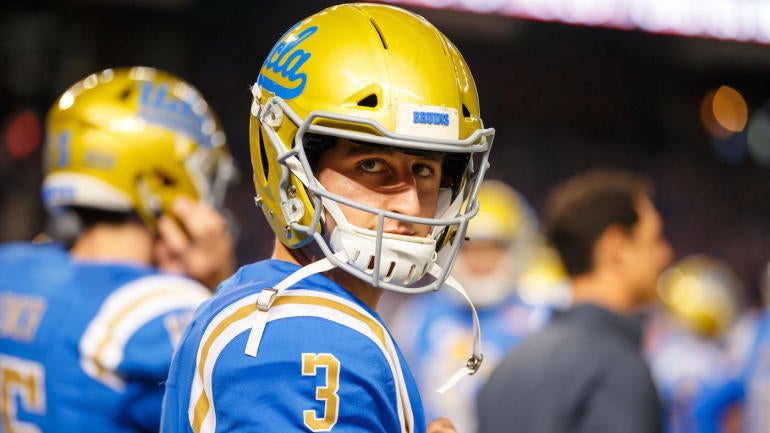 Peter King of TheMMQB.com broke down how he believes the QB-needy teams will handle their business and who they will land. When it came to the Bills, he saw Buffalo coming away with UCLA quarterback Josh Rosen. Rosen probably won’t be available at No. 21 overall (bold take, I know), but King sees them landing him at No. 5 overall.

Which means we get a trade! In this case, it’s with the Broncos and it involves swapping a lot of picks.

“If Denver gets Cousins, I could see [VP John] Elway dealing his one [fifth overall] for Buffalo’s two first-round picks [21, 22] and another high pick this year or next — I could see Tampa Bay, Chicago, Oakland and San Francisco at seven through 10 in round one doing the same — to allow Buffalo to jump up and get a good quarterback prospect,” King writes.

The draft trade value chart for NFL picks says the Broncos pick is worth 1,700 points, while the two picks from Buffalo are worth a total of 1,580 points. So we’re not far off there. The Bills could package their two picks for anything after No. 7 overall and they would be overpaying based on the traditional chart. Don’t get hung up on the specific value here: The point is there’s a deal that can be made given the value of No. 21 and No. 22 against something like No. 5 or No. 7. The Bills have the ammo to come up and get a quarterback if someone falls.

Smoke is billowing about this possibility right now. The guys at SB Nation’s Hogs Haven heard a rumor about the Bills moving up No. 2 in a deal with the Giants, again to take Rosen.

There are multiple instances of people hearing this rumor: it’s notable for the teams who are in the top 10, because of an interest in trading down and acquiring multiple picks. If you’re Chicago or San Francisco and presumably have a franchise quarterback, the desire to land two top-25 picks and add two first-round talents should be strong.

Which is why King includes that caveat on Cousins: it’s hard to see the Broncos dealing down without a quarterback on the roster. But it’s not hard to see Elway making some big cuts of veterans to free up money, paying Cousins a ton of cash (assuming the Redskins don’t actually go full petty and tag him) and then trading down to get more picks so he can replace some of the lost veterans.

Mike Rodak of ESPN noted earlier this offseason he could absolutely see Buffalo making a move up.

The Bills are in great shape here. They are coming off a strong season but still have two playoff-value picks inside the top 25. They are probably moving on from Tyrod Taylor, but they can sort of let the process play out. Because free agency comes first, the Bills can examine the musical chairs. If there are fewer teams in desperate need of a quarterback after free agency — Cousins is going to take some team out of the running for drafting a quarterback, and AJ McCarron could too, although he feels more like a bridge option — they can get a pretty accurate gauge of the market and move accordingly.

You have to assume the Browns take one quarterback off the board. The Bills need the Giants to pass, the Colts to pass and the Broncos or Jets to sign Cousins in free agency. Preferably the Broncos for trade purposes since they’re ahead of the Jets. (Although New York could then trade up with the Browns or Giants or Colts, weeeee.) If that all unfolds, Buffalo is set up in really good position to go flying up the board for a prospect.

Everything is fluid in these situations, of course. The Chiefs had Alex Smith under contract this time last year but gave up a future first to go get Mahomes. We know who the primary players are, but a dark horse like the Steelers or the Chargers could mix things up. Additionally, what the Giants do at No. 2 may dramatically shift the quarterback landscape. If the Giants go with a defensive player second overall (or a non-quarterback anyway), it would push the market down. If they allow someone to trade up, it would push the market up. And if they take a quarterback, it will really tighten things up.

It’s silly season and the Bills getting this much attention for a possible trade this early in the process might even be some kind of reverse smokescreen red flag.

Regardless of what happens, we’re headed for some big-time battles in the marketplace for quarterbacks. It’s exactly why the free agent and draft quarterbacks are the most interesting aspect of this NFL offseason, a group unlike anything we’ve seen before. 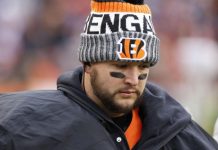